In this case the Collingwood College drama auditorium didn’t have the luxury of being combined with a sporting complex. New auditoriums utilise flexible seating for audience viewing with simple retractable or demountable systems to maximise the amount of space and seats. The College’s auditorium also had the complexity of being designed and built with a very unusual seating layout. 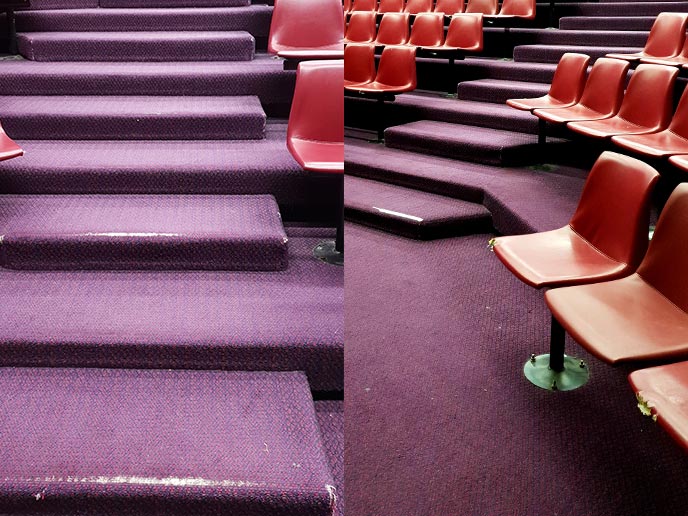 Worn carpet and broken seats at the drama auditorium before renovation.

The actual existing seating was also ready for an upgrade but was no longer available for purchase or appropriate. Optimal Venue Solutions were asked to devise a solution to retain as many seats as possible, to strip out the old seating and carpeting and source the seats in the school brand colours and install them in their preferred timeframe.

It was imperative that as many of the drama auditorium fixed seating positions were retained as possible with the auditorium upgrade, to give as many students the school play experience as well as their visiting parents and relatives to show case the school’s drama abilities.

The secondary school ultimately needed a refreshed space, which showcased the new carpeting with comfortable modern seating but also retained the sight lines to view the stage. Project deadlines demanded a solution, which could be supplied quickly and ultimately met their needs and budget. 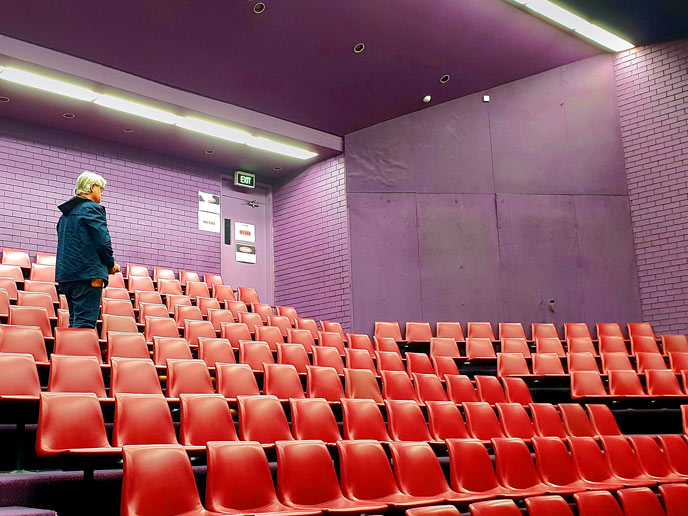 Experience, Planning and a Fresh Set of Seating Plans Ensured a Great Outcome for Collingwood College

The school particularly needed new seating allocation that was well planned, and very carefully considered, in order to maximise the number of replacement seats. The original staged auditorium had many intricate angles associated with the carpeted concrete audience risers, which meant the seating layout was an unusually complex one with narrow access for people traffic flow. 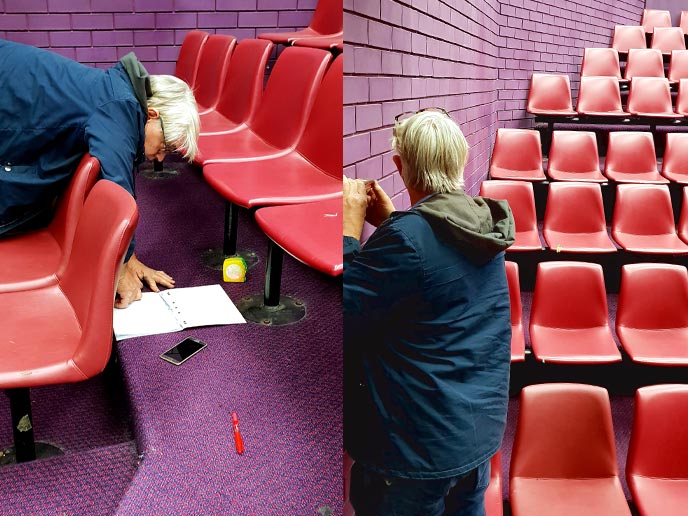 Mark measured all the complex site lines and angles associated with the drama auditorium during the site assessment.

Mark and his team took the time to measure all the complex site lines and angles associated with the arts and drama facility. This also meant checking all the differing lines of site as well as considering which seat would be suitable to ensure the seating profile.

After this was taken into consideration Mark suggested that it would benefit the seating and exiting time, if they supplied a folded seat with an envelope that was narrower than before for better isle access. He also identified the need for additional positions for wheel chair placement to meet the required standards as well as identifying the need for safety stripping on the carpeting to prevent a trip hazard. 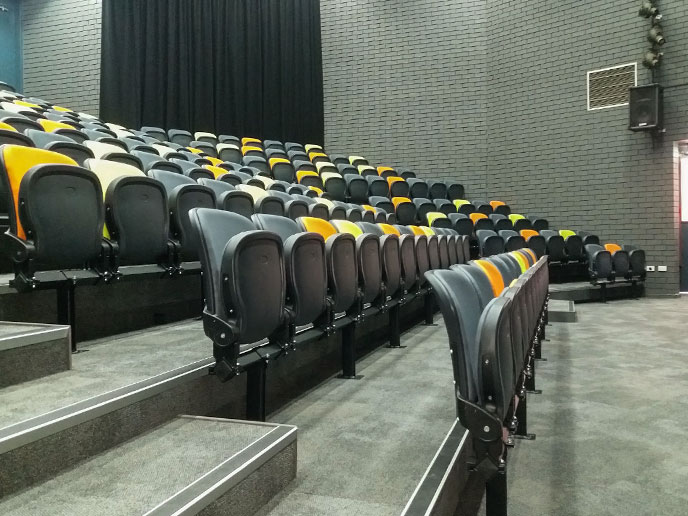 New school branded coloured folding seats, heavy duty commercial carpet and high-vis capping for the stepping were installed during the renovation and upgrade.

With this in mind Mark drew up a new seating plan, which calculated the number of seats that now could be incorporated. Optimal Venue Solutions also suggested and supplied a folding seat that not only ensured better isle way access but was also very economical. The initial strip out was also responsibly broken down and recycled as much as was viable.

The actual installation of the seating and carpeting was seamless because of the initial preparation and as many seating positions were retained as possible. 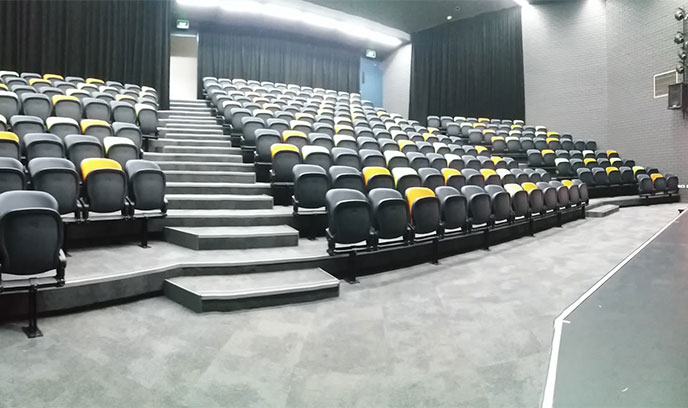 During the renovation, an extra wheelchair placement was created to meet the required standards.

The Optimal 360 was an ideal solution for the school and met the lasting needs of the school with colour, comfort with a smaller foot print for better isle access. The heavy duty commercial carpet was ideal for the continuous student traffic and potential scuffing with the additional non slip, high-vis capping for the stepping. 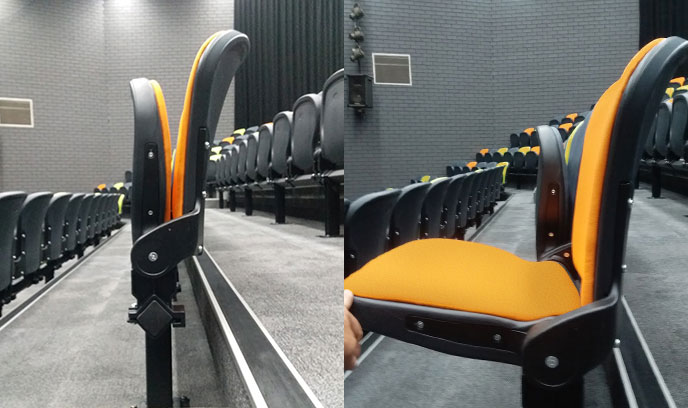 ‘Optimal 360’ folding seats have an narrower envelope which provided much better isle access for the students.

Optimal Venue Solutions successfully analysed and planned a successful solution for a complex site, with the removal, supply and installation of bespoke coloured seating and carpeting on time and on budget.

I hope you find this case study helpful.
Want to know more about installing or sourcing seats or to solve a tricky problem?
Or maybe you have a question about a quote.
Either way, contact us to speak with Mark.